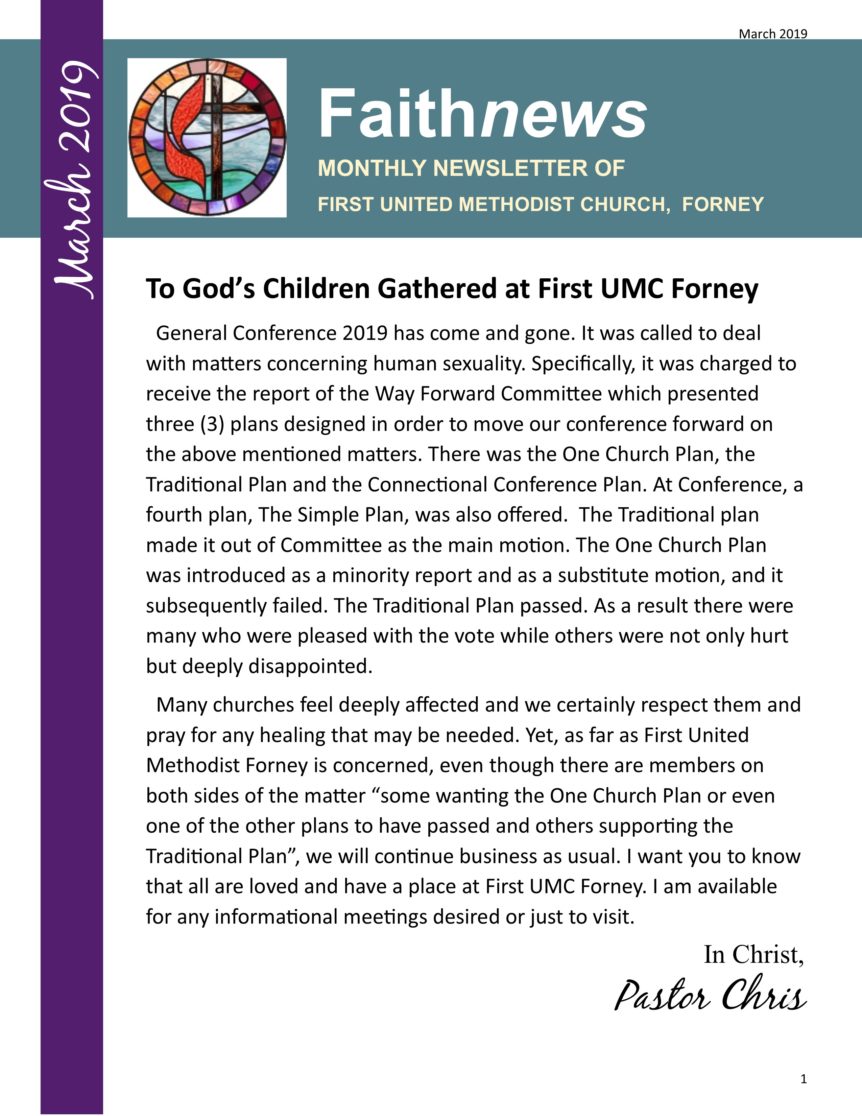 General Conference 2019 has come and gone. It was called to deal with matters concerning human sexuality. Specifically, it was charged to receive the report of the Way Forward Committee which presented three (3) plans designed in order to move our conference forward on the above mentioned matters. There was the One Church Plan, the Traditional Plan and the Connectional Conference Plan. At Conference, a fourth plan, The Simple Plan, was also offered.  The Traditional plan made it out of Committee as the main motion. The One Church Plan was introduced as a minority report and as a substitute motion, and it subsequently failed. The Traditional Plan passed. As a result there were many who were pleased with the vote while others were not only hurt but deeply disappointed.

Many churches feel deeply affected and we certainly respect them and pray for any healing that may be needed. Yet, as far as First United Methodist Forney is concerned, even though there are members on both sides of the matter “some wanting the One Church Plan or even one of the other plans to have passed and others supporting the Traditional Plan”, we will continue business as usual. I want you to know that all are loved and have a place at First UMC Forney. I am available for any informational meetings desired or just to visit.